Bingo Lingo That You Should Know

Luckily, we are here to identify and explain the bingo lingo commonly used at casinos and bingo halls today. This way the next time you visit a bingo hall and hear these terms being used you’ll know exactly what’s happening and where to mark. Let’s jump right into it.

Surprisingly, most of the bingo lingo used have some sort of historical significance or is derived from a song or commonly known sound. While others are simply silly and humorous.

We’ll start with the numbers that are matched with a particular phrase because they rhyme or sound alike which makes it easy to memorize.

Winnie The Pooh – The Number 42

Winnie and Pooh are characters from a cute, educational children’s television show. But tales about the adventures of Winnie and Pooh can be found in children’s books as well. The words Winnie The Pooh sounds like the number 42 which is why they are paired together. The terms are used interchangeably at bingo halls so when you hear either of the two called out you know which number to mark off. 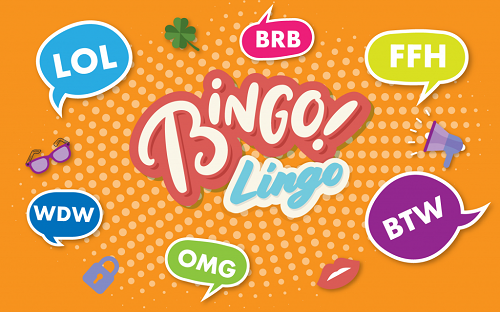 A queen bee hypothetically speaking refers to a woman who can do it all. Queen bees in the animal kingdom are highly protected and honoured by all the servant bees and it’s an absolute honour if you’re a male bee that gets to mate with her. This meaning has nothing to do with the game of bingo, though. The number 73 is believed to rhyme with the popular phrase ‘Queen Bee” which is why the two were paired together.

Rise and Shine – The Number 29

This is another example of a number and popular phrase sounding alike and thus paired together. The phrase “rise and shine” is one of those happy-go-lucky terms used by people who generally wake up happy in the morning. It also indirectly implies that we should all wake up every morning with the intention to do our best and shine.

The next set of bingo lingo terms is random for the most part, while some shares significance with certain days, or events in history/ time.

The number seven is considered to be lucky in a number of cultures. Why this number specifically? We’ll never know. So, if you hear “lucky seven” being called out you know to mark off the number 7 on your bingo card.

Valentines Day is an internationally recognized day and is celebrated by millions of couples all over the world. But, the general idea of the day is to celebrate love, which is a universal language that you can celebrate with friends and family, not only just your significant other. In a bingo hall, “valentine’s day” is bingo lingo referring to the number 14.

A dozen of anything refers to quantities of 12. So, four dozen would be 4 x 12 which equals to 48. And that’s the relation between the bingo lingo “four dozen” and the number 48.

Online Casino Australia » Bingo Lingo That You Should Know