Casino Games Your Favourite Netflix Character Is Likely to Play

Netflix has become a great source of entertainment and the primary hub for accessing all your favourite present and pastime movies and series. People’s tastes and interests differ and so do their choices in movies and series. What you enjoy, might not necessarily be what the next person enjoys and that’s okay. But, people who tend to watch the same things like to flock together on the internet to discuss that week’s episode of their favourite series or the finer details of a movie.

It’s also normal to become invested in the lives of the characters from our favorite movies and series. We almost feel like we know them on a personal level, and if you are anything like me, you may even wonder what they are like in real life.

We took our top 5 most loved (or despised) Netflix characters and matched them with classic casino games. Here’s what we came up with.

Jim Hopper plays a lovable, rough around the edge community cop in the thrilling Netflix series, Stranger Things. He lives a busy life and tries his best to juggle life as an unexpected father figure to Eleven, while still taking care of matters in the community and keeping everyone safe.

Given his lifestyle, we think Hopper might enjoy a game like blackjack. Preferably live blackjack or blackjack at a lively land-based casino. The game offers a good mix of excitement and thrill, mixed in with a little bit of luck. 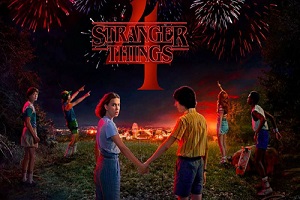 Joe Goldberg is a fascinating character in the Netflix series, YOU. Overall, Joe is a likeable man, but he has a very dark side to him that leads him on a path of destructive behaviour quickly. He is willing to do whatever it takes to cover up his mistakes, or protect the people he “loves”. Ironically, he kills “love” and you’ll only understand this reference if you’ve watched season 3.

Joe is undeniably a very complicated character, but he’s very smart and somewhat mysterious too. A casino game like Craps would be a great pick for him. But, for the safety of all other players and the dealer, we suggest online craps for Joe. The game is complex, with many betting options and possible outcomes. It could yield great returns too. 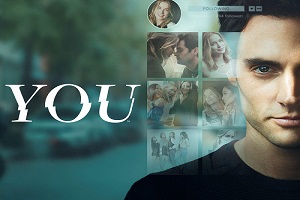 Rege-Jean Page plays a very handsome character by the name of Simon Basset who is the Duke of Hastings in the new and sultry Netflix series, Bridgerton. His character and lifestyle is that of a most wanted bachelor. But, he had no interest in marrying until he met his one and only suitor, Daphne Bridgerton. She is the Dutchess of Hastings. Together they develop an incredible, but a short-lived love story.

Simon has a striking resemblance to the James Bond character. James Bond is often filmed playing casino games like baccarat. Perhaps baccarat would be a great fit for Simon too. The game is played only between the banker and the dealer and is described as a sophisticated game of luck. 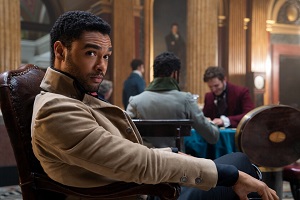 Seong Gi-hun is one of the prominent faces in the hit Netflix series, Squid Game. This dramatic series tests everyone’s will, determination and skill using games of survival where death (or life) and millions of Won is only one game way.

The kind of games played in Squid Game is very different to games found at a casino. But, our leading character, Seong, managed to survive each game. This highlights his resilience and the undue luck he experienced. The lottery may be a good fit for Seong. Lottery jackpots are big enough to buy you a whole new life where you are able to pay off all debts and still live a wealthy lifestyle. All you have to do is pick the right numbers. You may not be lucky the first, or even the second time around, but at least the consequence of losing is not death, as is the case in Squid Game. 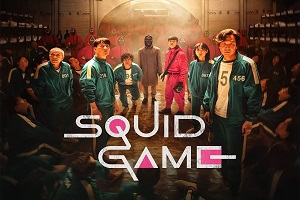 Úrsula Corberó plays a character named Tokyo in another chart-topping Netflix drama series called Money Heist. Tokyo is a very likeable and intelligent character in the series who has been dealt “bad hands”. We think poker would be a great fit for her. The game requires skill and a lot of know-how to beat the dealer and other competitors. This kind of thrill and reward is something Tokyo might enjoy. 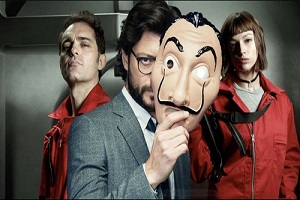 Real ordinary people are also able to enjoy casino games. And, we have just the casino for you. Visit any of the online casinos that we have listed in our table above to play games like baccarat, poker, the lottery, pokies, roulette and many others.

All games are available for real money, while others are offered in free mode too. Games are easily accessible on mobile and desktop using your smartphone. The most exciting part about playing these games at our casinos is the fact that you get to claim great bonuses and promotions when you play. What are you waiting for? Visit any casino today.

Online Casino Australia » What Casino Game is Your Favourite Netflix Character Most Likely to Play?