Female Gamblers That Have Taken the Industry by Storm

It’s no secret that the gambling industry is dominated by men. And there’s a long-complicated history that would explain why this is the case. But thankfully times have changed and women have begun taking up space in various spheres of life, gambling included.

In honour of International Women’s Day which is celebrated on March 8, we have compiled this list of women who have shaken up casino tables. They used their skill and know-how playing casino games like poker and blackjack. The success these women have experienced while going up against some of the heavyweights in gambling is something worth celebrating. Let’s see who they are.

The FLOTUS of Gambling

A lady named Judy Bayley takes the first spot on our list of top female gamblers. Judy, alongside her husband opened a casino called Hacienda in 1956 located between Los Angeles and Las Vegas. Sadly, she lost her husband and was forced to run the casino business alone. Losing her husband led her to become the first sole female owner of a gambling establishment in Nevada. She did a stellar job at running the establishment, one of her biggest successes being the first lady to introduce the area to live keno games.

Lottie Deno earned the title poker queen through her striking ability to outplay some of the most skilled poker players at the time. The fact that she was a female gambler shined her light brighter in the public eye. Lottie may have always been dressed like a lady, but she was known as one of the most notorious gamblers during the Wild Wild West era.

She knew her way around casino tables playing card games like poker. She was so good at it that her male counterparts suspected her of cheating, but was never able to prove this. Dottie died at the age of 89 – a life well-lived.

We can’t have a list naming the best female gamblers without mentioning Vanessa Selbst. Vanessa is a very talented pro-poker player who has made a whopping $10 million during the span of her career. She has won 3 WSOP bracelets and participated in countless other major events where she made it to the final round, if not the winner.

Her many successes have made her name big in the world of poker and is arguably one of the best female poker players to date. 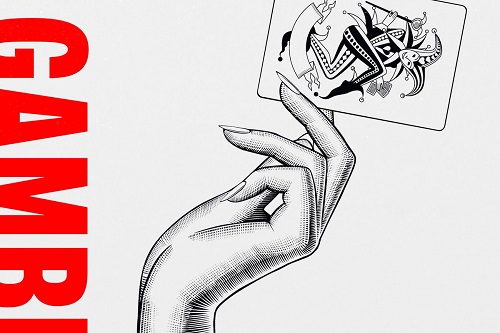 Gladys Knight is one of the most surprising entries to our list of best female gamblers. She is best known for being a multi-award winning soulful singer with a global fanbase. But what people don’t know is that Gladys is also a talented gambler. I guess that makes her a jack of all trades.

Baccarat and Blackjack are among her games of choice, and while she was never a professional gambler or nearly as skilled as Vanessa Selbst, she did manage to get some wins and has publicly spoken out about how much she enjoyed her time at casinos.

Anette Abrestad puts us all to shame with her unique talent for gambling. She started gambling at the young age of 15 with the help of her parents’ credit cards. She would sign up at various poker sites and play for real money. Between 2005 – 2006 her skill in poker earned her over $1 million in winnings. She then went on to participate in poker tournaments and other major events. One of the highlights of her short, but successful gambling career was when she won another $1 million at the WSOP Europe event, on her 19th birthday!