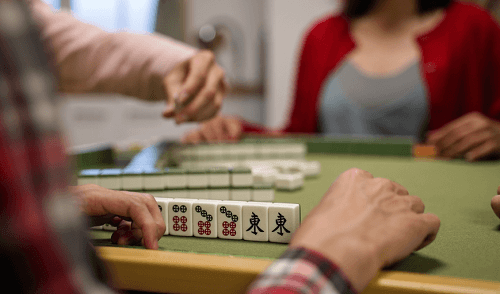 This is one of the most popular casino games that has Chinese origins. It was played in the country way before it reached the shores of other countries such as the US. Sic Bo uses three dice and has up to 50 betting options, including betting on one, two, or all three dice. Sic bo has been played in China for over 1000 years.

According to history, keno originated in China to raise funds which ended up helping to build the Great Wall of China, a popular tourist destination. Since then, it has grown in popularity and not as a game used to raise funds but enjoy. You get to bet on numbers one up to 20 but with the option to choose numbers from one to 80.

Pai Gow is another Chinese gambling game played for over 1000 years. It is a complex game that is mostly not popular for recreational playing. The game is similar to dominoes. The Chinese dominoes will be laid out on the table in eight stacks, with four faces down for each stack. The stacks will be moved around, and you will have to place bets when asked to do so.

Most people are familiar with mahjong because of the computer version of the game, which is not gambling-related. However, it is different from the Asian game popular at casinos. This game is played with tiles which you will have to match to win. You will have to place your bets first before the game can start.

The games mentioned above are just some of the most popular games that most players will be familiar with. However, the list has not limited to this one. There are other Chinese games that you will find online. What’s more, not all casinos have all the games. So, you will have to look around to find a casino that has the game you are looking for.

What is the Best Seat at a Blackjack table?