Gambling and luck are connected at the hip because when you gamble, you are putting your money on the line and hoping for a good outcome. When it comes to gambling, some people believe that luck plays a role, and they execute superstitions or rituals in order to ensure a favourable outcome every time.

The rituals of internet gambling are quite like those of land-based gambling, although players may feel more comfortable performing them in the privacy of their own homes. And no one will look at you weird or condemn you. Look at a few of the online gambling rituals that casino players swear by and try them out for yourself. 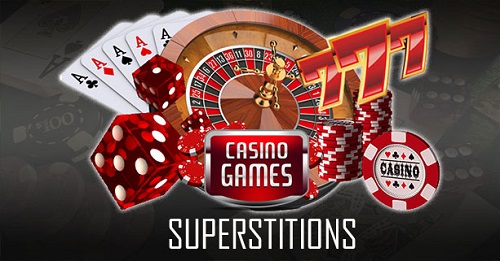 Most Popular Casino Rituals and Superstitions

When it comes to seeking good fortune players will go to great measures. From recalling what they wore the last time they won big or if they possessed any form of charm. Players can believe in a variety of ways that can offer them good fortune. We’ll go over some of the most frequent good luck rituals and superstitions below.

Blowing on the dice is another popular superstition that you’ll see players practicing at a casino. It is thought that doing this practice before a craps game will bring good luck. Male gamblers will go as far as frequently asking a female to blow on the dice for them. If the outcome is favorable, he will continue to have her roll the dice in the hopes of continuing to win.

Gamblers frequently wear lucky charms in the hopes of bringing good luck. Some of them may utilize conventional items like jewellery, photos of a rabbit’s foot or coins.  Others may have something unusual in their pocket when they win big and then cling on to it in the hopes of repeating their good fortune.

You can set up your good luck charms while playing at home at an online casino, and ideally, they will bring you good luck during the game. To avoid being noticed in a land-based casino, you’d most likely keep the weird thing in your pocket.

The color red is associated with happiness and good fortune in Chinese culture, and this appears to be the case in the gambling world as well. In the hopes of bringing good luck, Chinese gamblers frequently wear red apparel, even underwear, to the casino. You can give it a shot and see how it goes!

We all have a piece of clothing which we consider as a lucky clothing. This can range anywhere between underwear, a pair of pants or even a shirt. Initially the idea is to wear the item and it should attempt to attract good fortune. Often, such apparel was worn during a period of good fortune, leading the gambler to believe that wearing the same piece of clothing will bring them luck while gambling online.

Things To Avoid If You Want to Win

13 has traditionally been thought to be unlucky. This number is regarded unfortunate in the gaming world, as well as in regular life, especially on Friday the 13th. At the gaming tables, the number is unwanted, and players don’t even want to hear it spoken.

For years we have said “crossing all fingers and toes” as a way of wishing good luck onto someone else. But in gambling it is the complete opposite. Crossing your fingers or legs is said to start a losing run, which you don’t want to be on. You can try it but be warned. Most people think it starts a unlucky streak, where you won’t win for a long time.

Another common superstition among players is that they should not lend money to other players. It’s essentially tempting fate by giving your money to someone else, which is said to bring ill luck. You may also never see the money again, making the idea of lending money even less tempting.

Sure, some of these superstitions and rituals have existed for a long time and may have worked or continue to work for some players. This isn’t to say that they’ll work for everyone. In truth, if you’re not a superstitious gambler, there’s no danger in ignoring these customs. Wearing a lucky shirt or possessing a fortunate charm will not help you win a game of skill. Luck plays only a minor role in these types of games. However, because you have no influence over the game’s result, you can rely on the rituals or superstitions that work best for luck-based games.