If you’ve ever wondered who invented roulette, your search is over. The popular casino game that we know today was invented by Blaise Pascal, a French inventor, mathematician, and physicist. This physicist, on the other hand, was not attempting to invent the game in the same way that he was attempting to invent the perpetual motion machine in 1655. A perpetual motion machine is one that does not require any external energy to operate. The law of physics stated that such a machine could not be built, but being an innovator, Pascal went out of his way to try and defy the odds. While his experiment failed, it did bring roulette to the world. We take you through Pascal’s failed experiment to become one of the world’s most loved casino games. Trust us when you say you will develop a newly found love for the casino game! 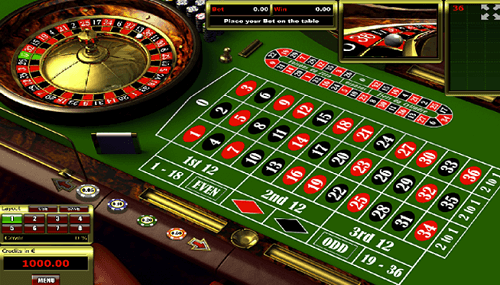 History of who invented roulette

It’s no surprise that there are several tales of who invented roulette. For example, a small minority of people claim that roulette is based on an old Chinese board game in which 37 animal figurines were arranged in a magic square with numerals totaling 666. This game was reportedly discovered by Dominican monks who were heavily involved in all parts of Chinese life. And it was later brought to Europe with minor changes by them. Unfortunately, there is little information on how this original Chinese game works, making it difficult to connect it to roulette.

But that isn’t all. According to legend, there is a variant of roulette that dates to ancient Rome. Roman commanders would allow their troops to have as much pleasure as possible, which included games of chance and gambling. One of these games was the spinning shield or chariot wheel, which is very similar to how roulette is played today. However, except for the spinning wheel, this version of the truth has very little in common with how roulette is played.

Finally, the ancient Greeks had a spinning game, which some believe was the source of the casino game. Greek soldiers also participated in gambling games in their spare time, one of which resembles modern-day roulette games. Soldiers would write symbols on a shield and then place it face down on the ground with an arrow next to it. They’d bet on which number would halt in front of the arrow if they spun the shield. Again, there isn’t enough evidence to back up the assumption that any of these games are related to the modern-day roulette game we’ve come to adore.

Roulette and The French

According to a few pieces of literature and a lot of research, the French are responsible for the evolution of the game of roulette. The zero on the roulette wheel is supposed to have been invented in the mid-eighteenth century. Then came the creation of a single-zero roulette wheel by Francois and Louis Blanc of France. The single zero on the wheel was established for Monaco’s King Charles the third, and it helped casinos attract more customers because the game now had a lower house edge. The purpose of this innovation to the roulette wheel was to make it an ideal game for the house to make more money. This version, like modern-day roulette, included numbers ranging from 1 to 36 and betting options that were nearly identical to what we know today.

The Evolution of Roulette

Without a question, a game as thrilling as roulette was destined to take the world by storm. Because gambling was prohibited in France when the Frenchman devised this great game, the two had to take the game and promote it in other countries where gambling was legal. As a result, they relocated to Hamburg, Germany, to debut the roulette game with the two zeros on the wheel. As you can expect, the response was overwhelmingly positive, and the game’s popularity grew. Following a request by the Prince Charles of Monica lll, Francois and Louis Blanc returned to France a few years later with their game.

This is where the world’s first modern casino, according to legend, was published. The famed single zero roulette game was the center of attraction at this casino. While the late was not one of the first games to be given at these online casinos, it did not prevent it from resurfacing as one of the most popular games to play online. When it was finally reintroduced into the online casino gambling repertoire, it was done so in a variety of ways. And these are some of the ones you’ll find in today’s casinos. The best thing is that depending on the casino site where you are registered, you can play these games for free or for real money. You can use the free games to improve your skills or simply have a good time.

If you’re anything like us, roulette is one of the most enjoyable casino games you will ever play. The European variant of roulette, in particular. It not only has a good house edge of 2.70%, but it also has the best odds. While we are disappointed that Pascal’s concept did not succeed, we cannot help but be pleased that one of the best casino games was developed from his failure. Online casinos have made it exceedingly convenient for all players to participate in this casino game and its variants.

Well, there are no tried and true tactics that will ensure that you win every time you play roulette. There are a few strategies that you may apply to dramatically enhance your odds. If you’re feeling lucky, try one of the best roulette casino games for Australian players that we’ve listed on the site. Keep an eye out for exciting bonuses and promotions that will make your roulette adventure 10 times more enjoyable.