Musicians write songs about their experiences, certain topics, or feelings. Love songs are a common topic. But not many songs are written about gambling and casino life because it’s such a taboo topic. But, there are a few popular musicians that have crossed this line and made songs that are absolute bangers.

Below we list 5 of the best songs that we think you’ll enjoy. And, if you are already familiar with these songs, then you might find the back story on them super interesting.

Viva Las Vegas is a well-known song by the late legend Elvis Presley. The song was written by a man named Doc Pomus but was recorded by Elvis. Viva Las Vegas was the leading soundtrack to the movie Viva Las Vegas which was released in 1964. Elvis was never seen singing the song during his live performances and concerts, but many other artists have made similarly striking renditions to the upbeat, happy go lucky gambling song.

Poker face is one of the many hits by Lady Gaga. The song is found on her 2008 debut album, The Fame, which has been a hit with fans for years. “Poker Face” is a popular term or expression used in the game of poker. It refers to a straight face used to manipulate other players around the table. Poker is a very competitive game, so it’s no surprise that players will resort to all kinds of strategies and gestures to get ahead in the game. 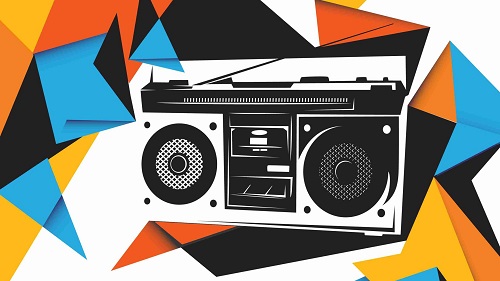 Luck Be a Lady

Luck Be A Lady is a song by the classical artist, Frank Sinatra. This particular gambling song is slower and more instrumental than the songs we list above. The song is a common feature on movies and television shows related to gambling, and because Frank is a classy man, including this song on the playlist automatically adds a classy feel to what is otherwise considered an addictive, sinful hobby.

The Gambler is a song by Kenny Rogers. The lyrics in the song alludes to the fact that this is a song about gambling and poker in particular. If you listen to the lyrics closely, you’ll hear him sing about “hold em and fold em” which is actions in the game of poker.

Love is a Losing Game

Amy Winehouse wrote this song in 2006 and it was somewhat based on her rocky relationship with her then-husband. In the song she sings about how she feels like she’s been dealt a losing hand in love, contradictory to her partner’s experience of love which seems to be characterized by fortune and good luck. This gambling song has a bit of a sombre undertone compared to the fairly happy gambling songs we listed above.

Well, there you have it, our top gambling songs from talented singers from our time. Did your favorite song make it onto the list? If not, don’t worry. There are many more gambling songs out there that are equally as popular, we just couldn’t list every single one this time around.

What is the Best Seat at a Blackjack table?